However, some countries require that drivers and motorcycle riders always carry their original driving license with them. Not a copy. The following are the most important things you need to know about an international driving license:

Which Countries Require an IDP?

This piece covers some of the countries where you may be required to have an IDP. We’ve tried to cover every country so if the one you wish to visit isn’t on this list, don’t hesitate to check the rules of that state or country to avoid rubbing shoulders with the law enforcers. Here are the countries that require an International Driver’s Permit:

Note that the details are subject to change so please check with respective countries before applying for your IDP. The actual purpose of this document is to show you whether you really need one and, if yes, how they actually work and which countries accept them.

How can I get an International Driver’s License?

The rules for getting an international driving permit depend on which country issues it. Usually, people who live in Europe can get them very easily at their local automobile clubs (in Austria the “ÖAMTC,” in Germany the “ADAC,” etc.). Getting one for Americans or Australians is more difficult. They need to contact the corresponding organization in their home country. You can also use the International Drivers Association website to obtain it quickly and easily.

There are four different kinds of international driving permits, but they all work basically like this: You need two (or three) passport-sized photos, and you pay a fee (usually between 20 and €30). You then receive your permit by mail, which usually takes about one week. The rules for how long it is valid also differ from country to country. Most of the time, an IDP has a validity of one year only.

Do I need an International Driving Permit (IDP) to rent a car? Yes.

The International Driving Permit or IDP is basically a multi-language translation of your personal driver’s license. As mentioned above, for the IDP to be valid, it must be accompanied by your regular driving license.

Although in some countries you will be able to pick up the car with your original driver’s license without any problems, we 100% recommend that you obtain your IDP so that you do not have any unforeseen problems on your trip.

If you read the terms and conditions of any international car rental company, you will see that they all make reference to the IDP being mandatory.

What Happens if I Drive without an IDP?

First of all, in most countries, it is not allowed to drive with an IDP only. So the first step when you cross any border should be asking for your national driver’s license back and then using your international driving permit instead.

On the whole, it seems that if you mainly stay in your home country, an international driver’s license can be a good alternative to your national one. However, if you don’t want to drive abroad, it might not be worth getting one at all: Getting stopped without national and IDP would probably mean big trouble, so better don’t risk it.

Opal Miyamoto is an American Freelance Essay Writer. She is not just friendly and communicative but also very open to new connections. She loves to cook, write, paint and of course, travel! 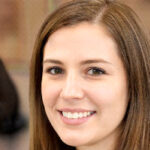